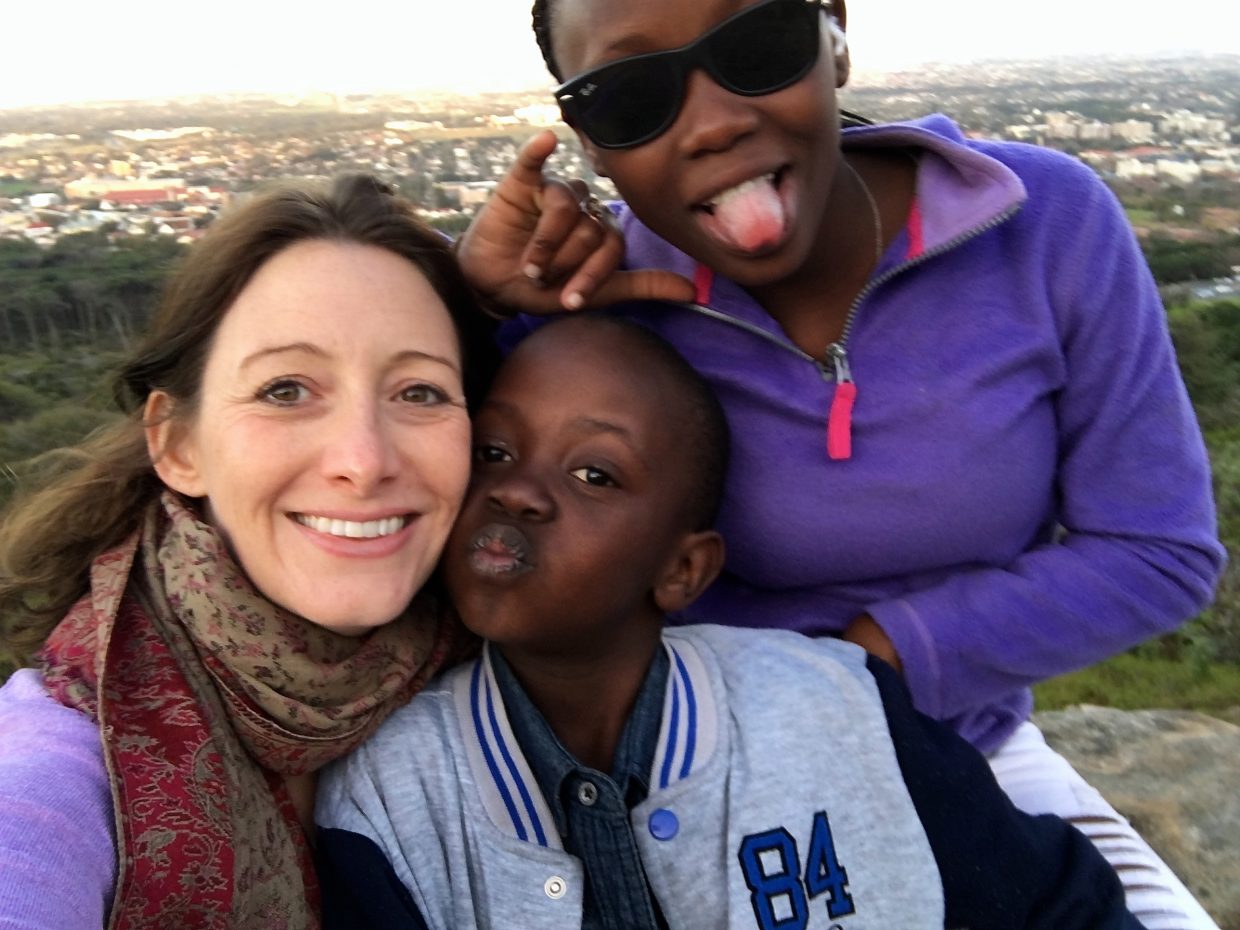 “When in 2008 Xenophobia was happening in South Africa, I gave my number to one guy selling stuff at the traffic lights in Cape Town, who had told me about his wife and baby. He gave my number to another guy, who passed it on to the next person. I had no intention of getting involved as deeply as I did,” Bryony Dobson explains how it all started. “Inequality is the biggest challenge our world is facing and how people treat one another because of that. In the end, it all comes down to how we view the other.” How is Bryony, gently but surely, fighting inequality and injustice?

Being born and raised in Zimbabwe herself, Bryony went to Cape Town for her studies in 2000. Mugabe’s land seizures made her family lose their farm in 2002. After doing a PhD in Neuroscience Bryony travelled to the UK to complete a Master in Public Health. She then worked across Europe, Central Asia and Africa focusing on the prevention of sexual and gender based violence (SGBV) against women and girls. All this time she stayed involved in the struggles of Zimbabweans in South Africa.

An element of guilt

The land seizures in Zimbabwe had a huge impact on Bryony and her family: “I was in Cape Town at the time. While in South African newspapers it was all about white farmers being killed in Zimbabwe, I could only phone home on Sundays to hear how my parents and sisters were doing. It was a horrible time.” When eight years later Xenophobia broke out in South Africa, Bryony got involved in helping black Zimbabweans: “I felt it was so unfair. Maybe there was also an element of guilt within me, because I’m a white Zimbabwean and I was okay. I gave my number to a man from Zimbabwe, selling beaded wire goods at the traffic lights down the road from where I lived. Two days later he phoned: ‘It’s starting, can you come help us?’ After that more and more Zimbabweans started calling me.” Bryony helped them with food, shelter and clothes she collected from friends. The main thing was to get them out of the remote locations they were living in. Bryony wondered whether she was the only one driving around for this cause: “Then I found out about a foundation that was named after Adonis Musati*, a Zimbabwean man who died of starvation while waiting in the asylum queue in Cape Town. I decided to join them.”

“If you were a black foreigner you would have to wait in this queue under a bridge,” Bryony continues. “Once a week a bus would come at 5AM to take asylum seekers from only one specific country to Home Affairs, and if the bus was full they had to wait for another week.” Bryony would drive asylum seekers to the queue as early as 2AM and started handing out bread and blankets to the waiting people: “I only realized how big the need was, when fights broke out. The people I got to know, later told me about the Zimbabwean mafia taking bribes to put people in front of the queue or beating people up to get them out. I pointed the members out to the police. That got me into trouble. They threatened us all, but we were never called to testify.” These were not the only moral dilemmas Bryony faced at the time: “When I walked into Home Affairs asking for asylum, I could get it. Why was that so easy for me as a white person? At the same time, corrupt employees at this department could be bribed into getting Zimbabweans an asylum permit that they otherwise wouldn’t get. My biggest challenge was the fact I had a roof over my head, food and a bed to sleep in. I was warm. I had a huge house and I wanted to open it up to all these guys but my house mates were not comfortable with that, which I understood.”

After her Master in Public Health Bryony started working on the prevention of SGBV against women and girls. At first from London, designing a program to challenge the Somalian population living there still in favor of Female Genital Mutilation (FGM): “In the end it was frustrating to see that these practices still continued by sending girls off to Somalia or having ’the cutters’ flown into London to do a whole group of girls who had come of age, at once.” Out of frustration and because her heart was in Africa Bryony decided to start working at the source of these practices: “FGM is declared a child abuse internationally. In some African countries I found high influencing leaders say it’s technically illegal but okay to practice, just to get reelected. It isn’t a lack of education, it’s about culture and what people believe to be acceptable. Talking to faith leaders became a big part of my work. I challenged them by asking why they chose to hurt our children, to put an end to this criminal act of child abuse and to encourage their followers to do the same.”

In 2017 Bryony returned to South Africa. Because of her experience in working with communities she was asked to advise on a strategy for the Nigerian Peace Commission. Recently she started a job at ‘Common Good’** working with key figures in the church in realizing the importance of the first 1000 days (FTD) of a child’s life and the role the church can play. Since Bryony has seen the effectiveness of a top-down and bottom-up approach she is looking for ways to also connect with youth and women groups. Meanwhile Bryony thinks of starting a social enterprise in which recovering drug addicts and survivors of violence can heal and have a job. “I want to find a way not to need funding.” “My personal journey started with me as a white privileged person saying ‘I know what you need, it’s food and blankets’ to learning to really listen and give autonomy to people in making decisions on what they need. Dignity and having a job might be as important to people.” Her connection to the Zimbabwean community in Cape Town became even stronger since Bryony started fostering two children after their mother passed away. A girl called Violet and a boy, Bryon, who was named after Bryony, because of what she did for the Zimbabwean people and this family in particular.